The Five Lakes Silver Band are extremely pleased to partner with Wessex Instruments and be designated as Wessex Ambassadors. In addition, our tuba section will be known as Wessex Artists and are thrilled to play on the Gnagey Eb and the Prokofiev BBb tubas. Our goal is to create an “American brass band bass sound” that is built on the great traditions of British brass bands while blending it with the American symphonic tuba sound. 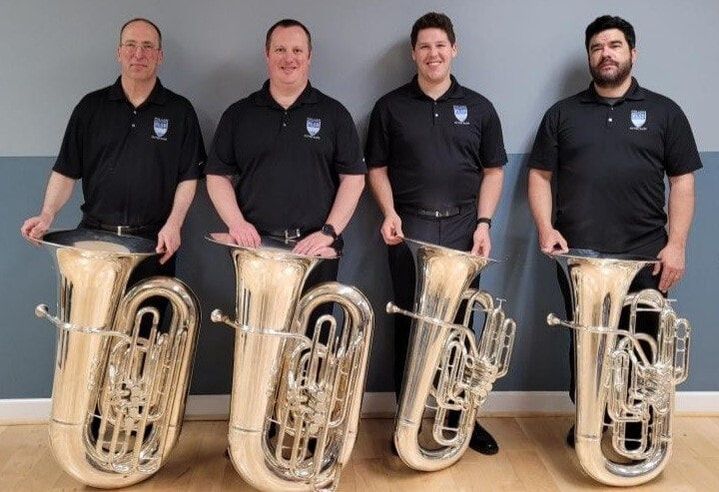 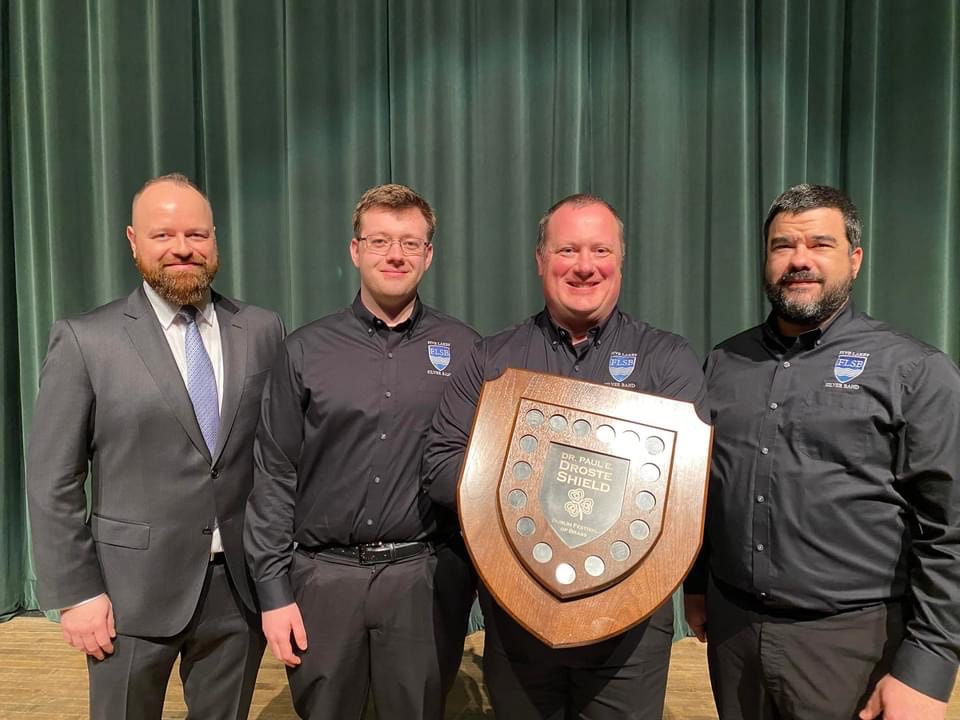 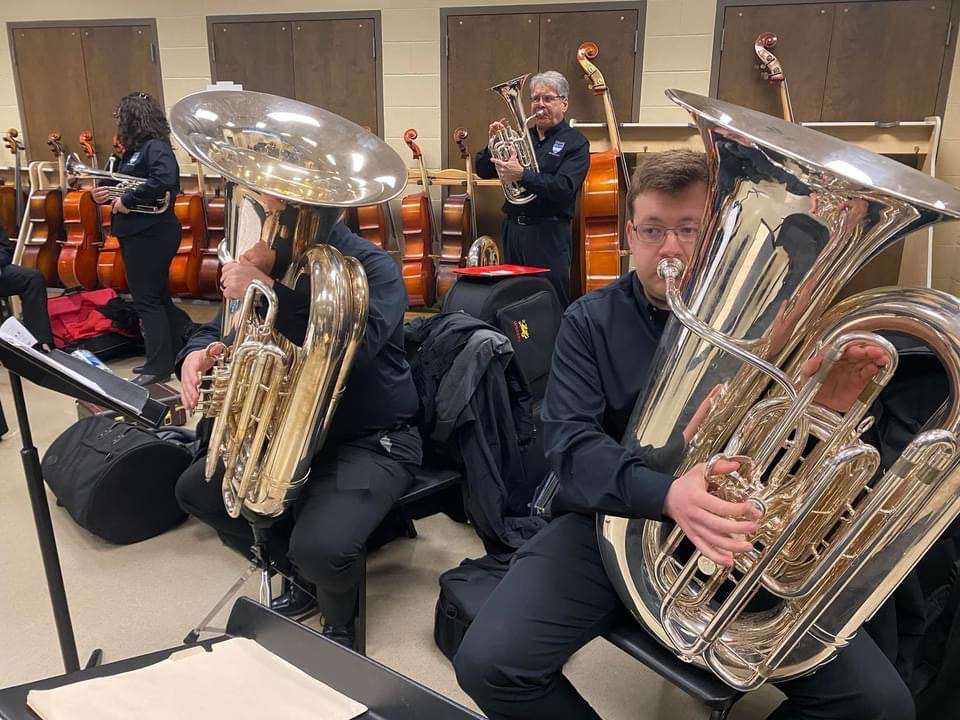 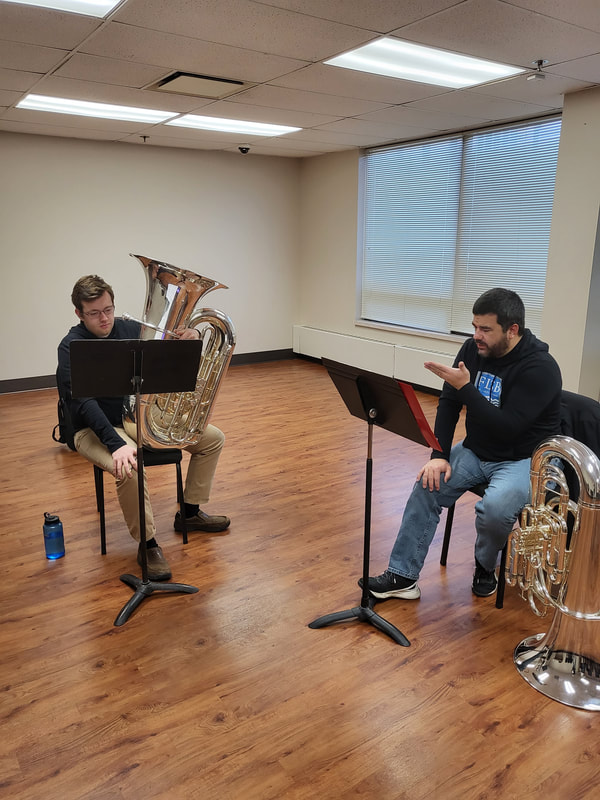 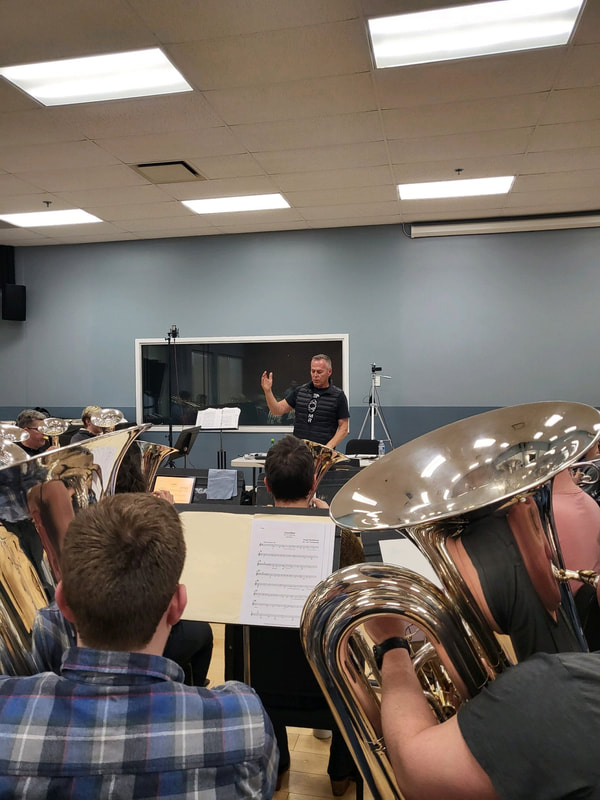 Chris Jackson - Principal Eb Bass
Chris Jackson began playing tuba at age 12 and during his high school years was a member of the University of Michigan All-State program and the Michigan Youth Symphony Orchestra. Chris studied tuba with Dr. Stacy Baker, Michelle McCaleb and James Jansen. While at Eastern Michigan University he studied with Marty Erickson and Matt Tropman, winning the William Stewart solo competition in 2006.

Chris has been a member of the Five Lakes Silver Band since 2008, and has been a featured soloist with the band. In addition to FLSB he has performed with the Ypsilanti Symphony Orchestra, Royal Oak Symphony and the Solid Brass Quintet.

Chris works in the medical manufacturing field as a post-market failure analysis technician. He lives in Ypsilanti with his wife Traci and children Ruth, Sarah and Daniel. For recreation he enjoys golf, disc golf and barbecuing.

Nathan Shook - Eb Bass
Nathan Shook is from Cleveland, OH. He has been playing the tuba for 13 years. Currently, he is a master's student at the University of Michigan, studying with David Zerkel. Previous teachers include Ken Heinlein, Yashuito Sugiyama, and Craig Knox.

Steve Molnar - Principal Bb Bass
Steve Molnar is a founding member of the Five Lakes Silver Band. He completed a bachelor’s degree from Baldwin-Wallace Conservatory and a master’s degree from Western Michigan University in music performance.

Steve is the principal tuba of the Traverse Symphony Orchestra and a founding member of the Quintus Brass. Previously he was the low brass coach and director of the South Bend Youth Symphony Brass Choir and the tuba instructor at Blue lakes Fine Arts Camp. An avid teacher as well as an adept performer he has worked with numerous high school band programs and maintains a private teaching studio.

Recently Steve has merged his passion for woodworking with music as a “Work of Art Custom Batons Artisan” where he produces one of a kind “Musician Pencils.” He also currently works for the University of Michigan in the registrars office.

Steve resides in South Lyon, Michigan with his wife Hannah and sons Stephen and Connor. He is an enthusiastic sportsman, enjoying racquetball, scuba diving and boating.

Tom Silvey: Bb Bass Tuba
With nine years of experience as a brass musician and Tubist, Tom is one of the youngest members of the Five Lakes Silver Band. Upon graduation from Clarkston Senior High School, He joined the Five Lakes Silver Band in the 2018 season. He is an artist that has participated in the Leonard Falcone International Tuba and Euphonium Festival, Michigan Youth Arts Festival, Michigan Music Conference Youth Orchestra, and studied Tuba with Steve Molnar.

While away from banding, Tom studies Mechanical Engineering at Kettering University.